Climate change is having wide ranging impacts to society and ecosystems globally. For example, climate change can alter rainfall, influence agricultural crop yields, affect human and animal health, cause changes to our oceans and forests, and even impact our energy supply. Environmental observations are fundamental to advance our understanding of how climate has changed, is changing, and will change in the future.

The U.S. Climate Reference Network (USCRN), developed by NOAA in the early 2000s, provides the Nation with long-term, high quality observations of air temperature, precipitation, and soil moisture and temperature collected in relatively stable and pristine environments. The USCRN’s measurements also provide critical anchor points for evaluating other observing networks, both public and private. Society and the economy benefit from the USCRN as its data are used in the decision support activities for a number of applications including weather warnings, water resource management, and reinsurance. Data are also used to improve both short- and long-term forecasts to protect lives and property.

In collaboration with NOAA’s National Centers for Environmental Information (NCEI), Air Resources Laboratory (ARL) researchers provide the overall management, engineering design and measurement capabilities and expertise for operating the USCRN stations, which includes the deployment and maintenance of the sites and regular calibration of the sensors. ARL also provides analysis of emerging sensor technologies for future applications. The near real-time and long-term archived data for all sites are served to the public by the NCEI. Unlike weather observing networks, USCRN was specifically designed with climate in mind, and the most unique feature is a triple sensor redundancy for air temperature, precipitation, and soil moisture and temperature, which is key in producing the highest quality climate data possible. The USCRN adheres to the Global Climate Observing System’s Climate Monitoring Principles as recommended by the National Research Council (NRC 1999)

Currently, the USCRN consists of 114 stations in the 48 contiguous States; 22 stations installed in Alaska (and eventually 29 stations by 2022); and 2 stations in Hawaii. An additional station is located in Canada to benchmark the U.S. networks with our North American partners. Each station is strategically placed away from urban and suburban influences to avoid any possible locally-induced biases in the climate record. All of the stations in the contiguous U.S. are equipped with air temperature, precipitation, relative humidity (RH) sensors and soil moisture and temperature (the one exception being Torry, Utah as it is built on solid rock). Soil sensors are installed in the Kenai, AK station, with research continuing on possibly extending these measurements into a more unique permafrost environment. Additionally, there are ancillary sensors measuring wind speed, solar radiation, ground temperature, and wetness to assist with the quality control of the primary air temperature and precipitation climate variables. The National Integrated Drought Information System (NIDIS) has supported the USCRN soil and RH sensors since 2009. Since demand for drought-related information is required across the country (as a result of more areas experiencing more frequent short-term droughts), the USCRN data allows the NIDIS Program to better determine drought’s physical, hydrological, and socio-economic impacts on an on-going basis.
For information and data on the drought studies see the NCEI site and NOAA CRN Drought page

Soil moisture information is critical for weather and climate, runoff potential, flood control, soil erosion, prediction of crop yields, and reservoir management. Soil moisture plays an important role in the development of weather patterns and the production of precipitation. While there are other soil moisture networks in the U.S., (e.g. USDA Soil Climate Analysis Network), the USCRN is the only ground-based soil moisture network that spans the entire contiguous U.S. with a distribution of stations in nearly all the many different topographical, vegetation, and climate environments of the country. It is also an integral part of the National Soil Moisture Network, a joint effort between NOAA and the U.S Geological Survey. See a related article published in June 2019 entitled Building a One-Stop Shop for Soil Moisture Information here.

See the following reference for information about the status and assessment of the USCRN after 10 years of operation:

Contacts and Other References:

Report on the
State of the Climate in 2017 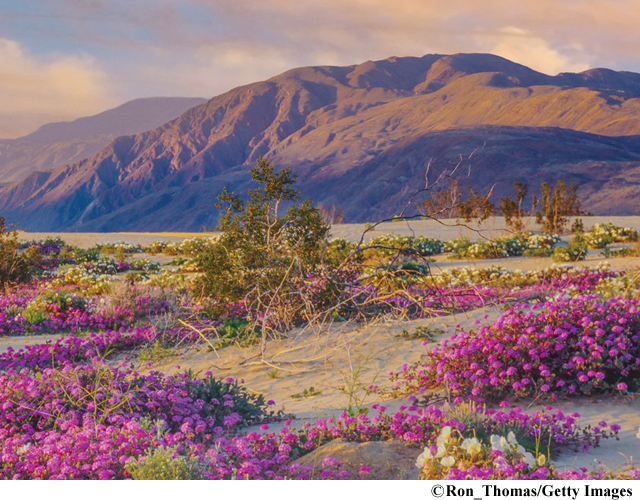 International report confirms 2017 was among the three warmest years on record.
Click on image to read the NCEI article. 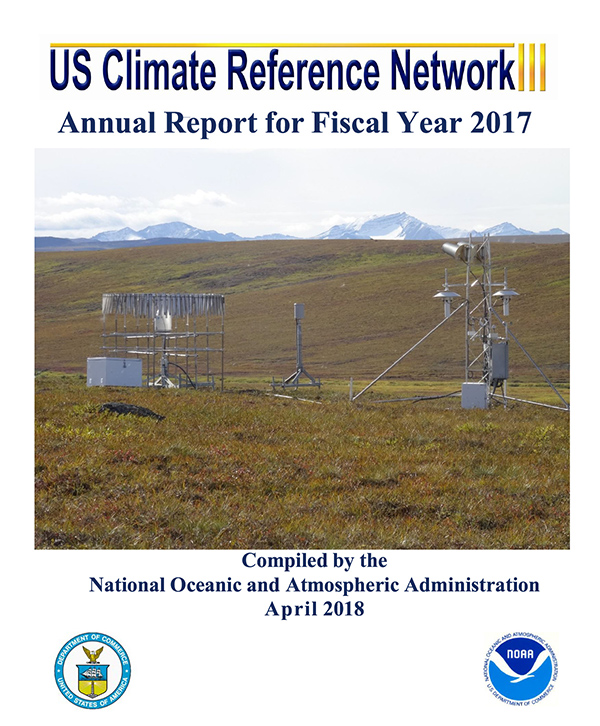 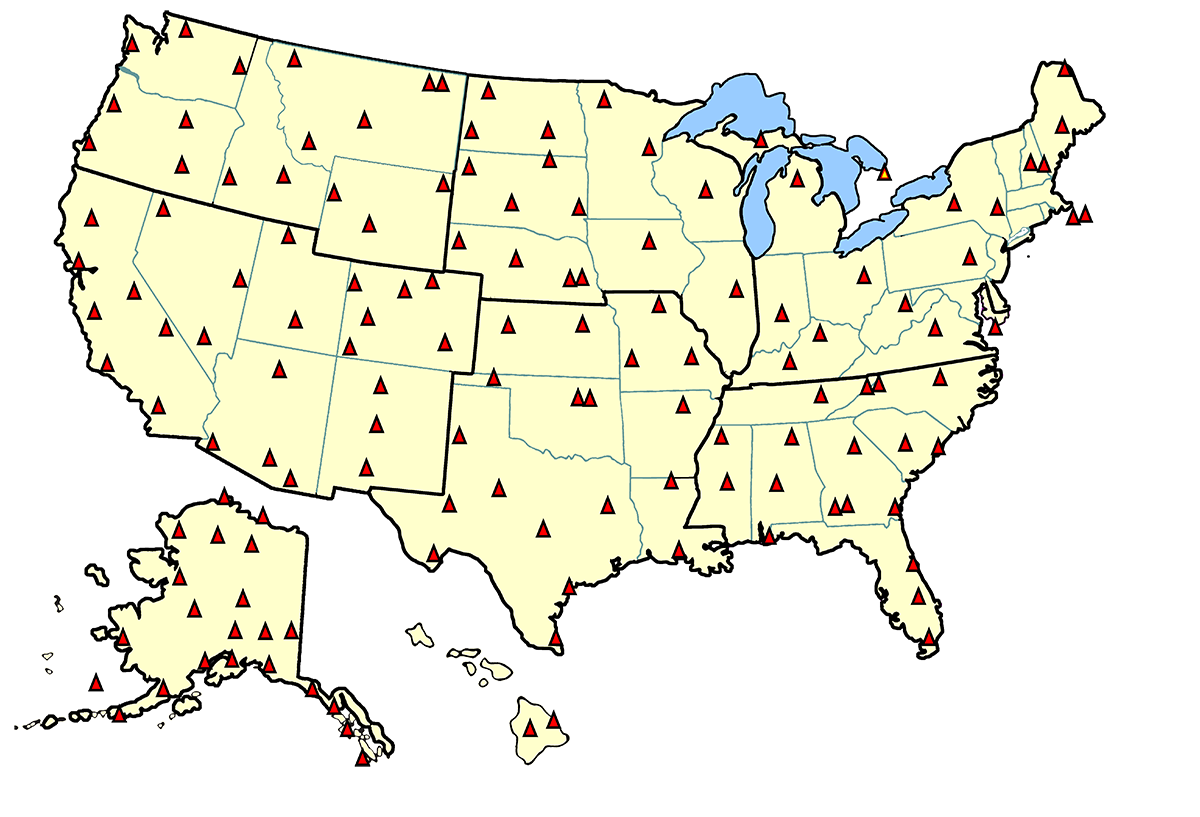 ATDD Technicians installing the first set of soil moisture probes in 2009 at the Crossville, TN site 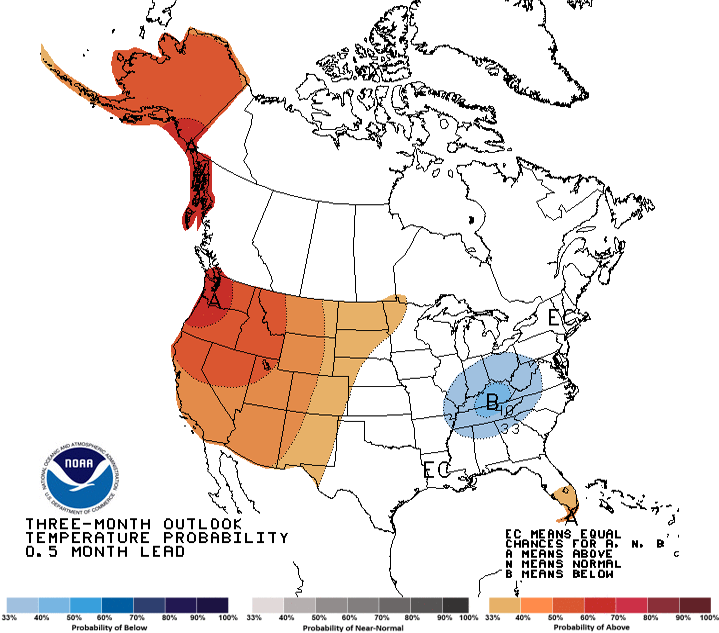 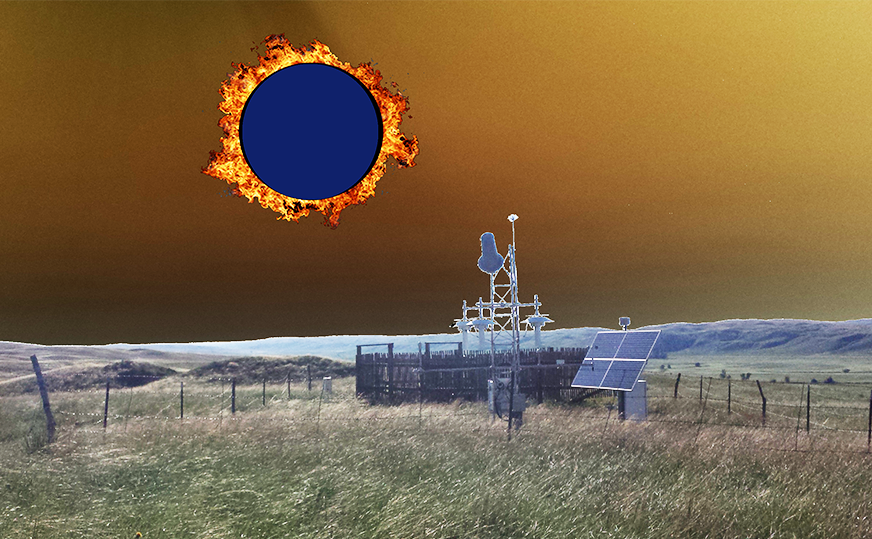