A BREATH OF FRESH AIR?

Take a deep breath. Go on, a really deep breath. Feels good, doesn’t it? Breathing is something you usually don’t take much notice of, yet is vital for your continuing survival. We can’t last more than a few minutes without breathing, taking in oxygen that is needed to fuel each of our body’s cells and flushing out unneeded waste materials, primarily carbon dioxide. Each breath you take while at rest is about 500 milliliters (roughly one-half of a quart) in volume. But did you know that with each breath, you also inhale a variety of other substances besides oxygen? In addition to a harmless form of nitrogen that composes more than three-quarters of the Earth’s atmosphere, you also breathe in air pollutants such as ozone, nitrogen oxides, sulfur dioxide, and carbon monoxide, just to name a few of the most prevalent. It’s likely that you’ve heard about some of these gaseous pollutants, especially ozone, and know that in high concentrations, they can be harmful to your health. But, what’s a surprise to many people is that each breath can also contain very small solid or liquid particles that are also considered to be air pollutants and can cause serious health problems.

Particles occur in the atmosphere in a wide variety of sizes. Dust motes that everyone has seen floating in a shaft of sunlight at one time or another are some of the largest, typically 100 to 1000 microns (micrometers) in length, where a micron is one-millionth of a meter. Particles kicked up into the air during a dust storm are slightly smaller, around 10-100 microns in size. Pollen grains, which cause so many folks so much misery, have diameters at similar sizes, about 3-200 microns. But wait, we haven’t gotten to the really bad stuff yet! Particles such as dust and pollen that are larger than 10 microns don’t stay in the atmosphere very long because the never-ending tug of gravity pulls them back down to the surface in a few minutes or hours.

On the other hand, particles with sizes less than 2.5 microns (or smaller than 1/30th of the width of a human hair) are so small that they can stay in the air for many days and are blown about by winds and very small air currents. Unlike coarse particles such as dust and pollen which when inhaled do not travel very far into your body beyond your nasal passages, these so-called fine particles can be inhaled deeply into your respiratory system. Because of this ability to flow far into the bronchial system, fine particles (referred to as PM2.5 by atmospheric scientists) have been linked to several serious health issues.

Exposure to high levels of fine particles are well known to aggravate illnesses of the respiratory tract such as asthma and emphysema. Associations have also been made between high PM2.5 concentrations and incidences of lung cancer and birth defects. Over the past ten years, evidence has accumulated that fine particles can travel into the deepest portions of the lung and even pass into the bloodstream to affect other organs. In particular, PM2.5 exposure has been linked to cardiovascular disease and greater incidences of heart attacks. Recent studies have demonstrated that ultrafine particles (0.1 micrometers and smaller in size) can pass through cell membranes and enter other body organs, even the brain.

Overall, it has been estimated that exposure to atmospheric particle pollution results in more than 20,000 deaths per year in the United States that would not have happened otherwise without the exposure. Fortunately, average PM2.5 concentrations have been decreasing across the United States over the past two decades, thanks to regulations put in place by the US Environmental Protection Agency. However, many locations (as many as 4 in 10 of all U. S. residents according to the American Lung Association) continue to experience chronically high levels of PM2.5 which likely results in the premature deaths of thousands of U. S. citizens in these areas.

Particles in the air also reduce atmospheric visibility, leading to the hazy, smoggy conditions that are normally associated with air pollution. The higher the number of particles in the atmosphere per cubic centimeter, the greater the scattering of incoming solar radiation. With high particle concentrations, the sun’s rays get scattered in all directions rather than passing directly through the atmosphere and then reflecting off some object in our view and into our eyes. When the amount of scattered sunlight is greater than the amount making it into our eyes directly from the object, we see haze. Scientists at ATDD participate in a national scientific steering committee that oversees an air quality monitoring network (IMPROVE) dedicated to helping improve and preserve atmospheric visibility in U. S. National Parks and other protected areas.

Atmospheric particles also have an effect on Earth’s weather and climate. Higher particle concentrations result in more incoming sunlight being scattered back into space, thereby lowering the net heating of the Earth’s surface. Furthermore, particles are actually necessary for the formation of clouds and precipitation. As the number of particles in the atmosphere changes, the physical properties of clouds are affected, which can change the amount, spatial extent and radiative reflectivity of the clouds, again affecting the net heating (or cooling) of the Earth’s surface. The interactions of atmospheric particles with clouds is a complex subject which is an active area of current scientific research.

So, where do all these atmospheric particles come from? Many are directly released into the atmosphere from a variety of sources such as gasoline and diesel vehicle exhausts, commercial boilers, coal-burning power plants and industrial and manufacturing processes. Natural sources such as wildfires and volcanoes also contribute directly to the number of particles in the air. Large fractions of the total particles in the atmosphere, however, are formed through complex chemical and physical processes that transform gaseous pollutants into solid and liquid forms. These gaseous precursors of particles include nitrogen oxides and sulfur dioxide from vehicle exhausts and coal and natural gas power plants, hydrocarbons from gasoline evaporation during refueling, fossil fuel refining facilities and other industrial sources, ammonia from agricultural operations and metals from smelting and waste burning activities. In the atmosphere, these gaseous pollutants react together chemically and with other naturally occurring substances and are converted into solid or liquid particles. As a consequence of the plethora of sources and pathways to their formation, fine particles in the atmosphere are typically a complicated mixture of chemical substances. 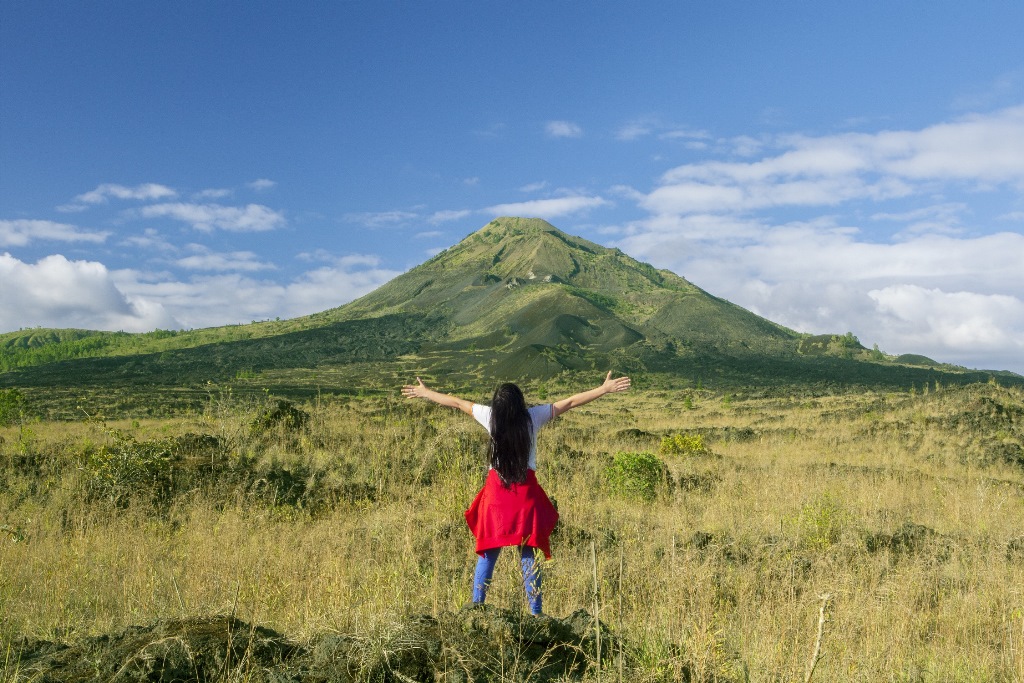 You can almost taste the fresh mountain air 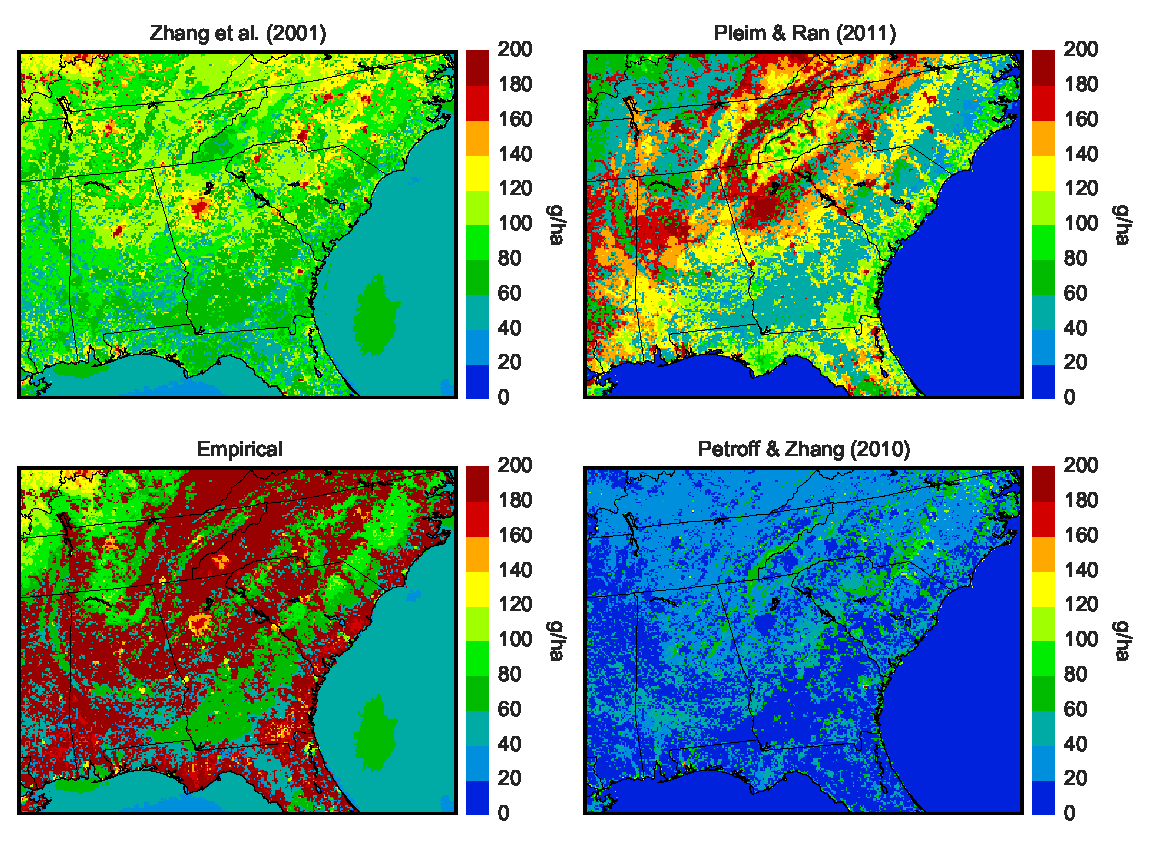