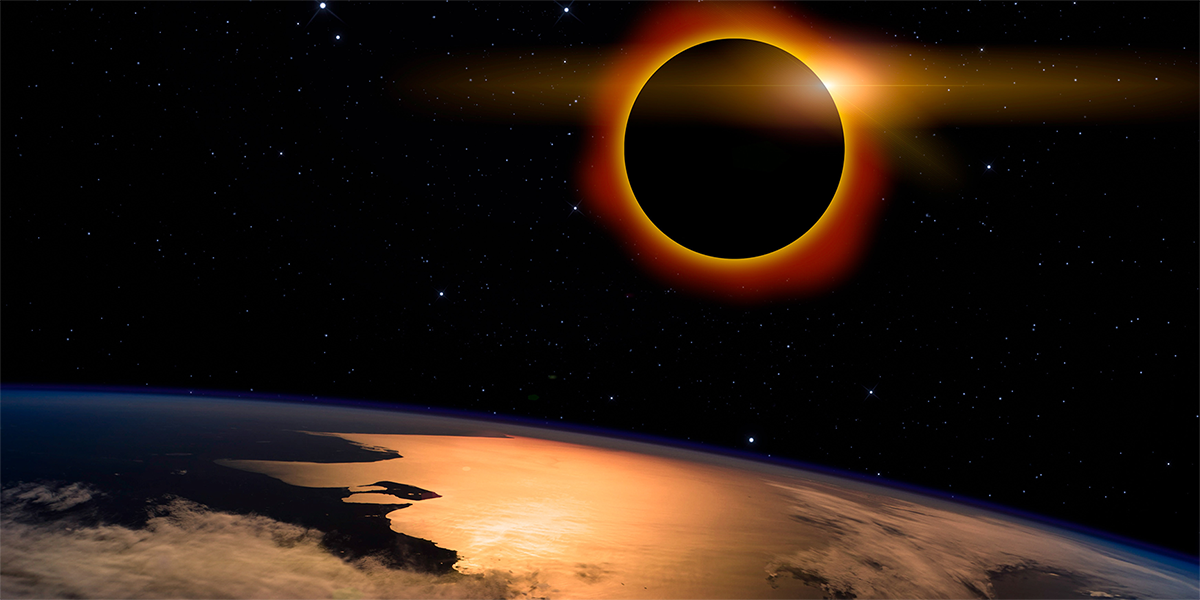 Scientists and engineers at the Atmospheric Turbulence and Diffusion Division (ATDD) of NOAA’s Air Resources Laboratory led multiple research and outreach activities associated with the total solar eclipse on August 21, 2017. Nine of the one-hundred fourteen USCRN stations were on the solar eclipse’s narrow totality path across the U.S.

Partnering with colleagues at NOAA’s National Centers for Environmental Information (NCEI), data about air, ground and sub-surface temperatures, solar radiation, relative humidity, wind speed, and precipitation have been extracted and will be presented in the form of graphs in the near future. An eight hour time span of 5-minute data readings from 14:00 UTC (10:00 AM EDT, 9:00 AM CDT, 8:00 AM MDT AND 7:00 AM PDT) to 22:00 UTC (6:00 PM EDT, 5:00 PM CDT, 4:00 PM MDT, and 3:00 PM PDT) is used in the graphs in order to include readings shortly before, during and shortly after the eclipse. NCEI has produced a report entitled USCRN Eclipse Report about the effects of the eclipse across the U.S.

ATDD also had a team flying a small Unmanned Aircraft System (sUAS) to capture vertical profiles of air temperature, relative humidity, and solar energy before, during, and after the eclipse. In addition, another ATDD team launched a weather balloon and deployed sensors to measure solar energy, wind speed and direction, air temperature, and other variables at Roane State Community College in Harriman, TN, during a field trip for students from Linden Elementary School in Oak Ridge. A similar suite of measurements was also set up by ATDD at a local farm near Philadelphia, TN.

The raw data for each site, in a Comma Separated Values (.csv) format, is available for download here to allow students and others to take advantage of this event to study the effect of the solar eclipse on near surface atmospheric processes.
The columns and formats are:

Any flag other than 0 signifies bad data.

For a history of eclipses see the NASA History of Eclipses.

Change in Air Temperature, Relative Humidity, and Surface Infrared Temperature in the USCRN Network during the Eclipse of August 21, 2017

The climate impacts of the eclipse detected by stations in the U.S. Climate Reference Network (USCRN) depended on several factors:

Only one factor resulted in an eclipse response not being seen: rain or dampness prior to the eclipse maximum in four cases prevented morning warming that would then allow for detection of eclipse cooling. Otherwise, this eclipse occurred during an ideal season and time of day to detect potential impacts on surface conditions.

During this event, 110 sites of 114 detected a clear signal of decrease in air temperature, 109 of 113 sites observed a decrease in surface infrared temperature, and 106 sites of 114 showed an increase in relative humidity. A general pattern is evident in the maps below of eclipse impacts, with largest impacts typically found along the center line of the eclipse from Oregon to South Carolina. In each figure, the darker dots experienced the most change between conditions before the eclipse and near the eclipse maximum. Even places furthest from the center line near the southwest and northeast U.S. borders observed distinct temperature effects, although humidity effects were quite minimal in far southern California and Arizona.

Interestingly, the largest air temperature cooling occurred not at a place of eclipse totality, but at the highest altitude station in the network in the mountains west of Boulder, Colorado. Air temperature decreased 11.2°F at an altitude of 9828 feet under mostly clear skies. Large decreases in surface infrared temperature were also somewhat site dependent, with some stations detecting especially large changes due to local effects of vegetation cover and/or instrument sensitivity raising the pre-eclipse surface infrared temperatures to very high levels. Finally, relative humidity change maxima were generally largest in the central and southeast U.S. where some cloudiness was already present, or where a large air temperature decrease caused a large relative humidity increase in drier locations.

As the moon’s shadow crossed the continental United States, stations in the USCRN recorded changes in environmental variables that occurred in the lower atmosphere. The animations below illustrate these changes with data every five minutes from 11:00 AM Eastern Daylight Time (EDT) to 4:55 PM EDT. Shown are solar radiation (W/m2) and changes in air temperature (°C), surface temperature (°C), and relative humidity (%). The changes in air temperature, surface temperature and relative humidity are calculated with respect to the measured values at each station just prior to the beginning of the eclipse. The path of the moon’s shadow across the U. S. is illustrated (with the shadow first appearing in the image at 1:15 PM EDT) along with the contours for maximum solar obscuration at 90, 75, 50, and 25%.

As the eclipse passed across the nation, solar radiation decreased across most of the country with values reduced to zero under the moon’s shadow. Both air and surface temperatures decreased as a result of the reduced energy input from the sun, while relative humidities increased. After the eclipse’s passage, the variables returned to pre-event levels unless the station was affected by clouds or precipitation. For more information contact Rick Saylor or Howard Diamond.

Additional animations can be found here.

US Climate Reference Network sites within the totality of the eclipse

Listed by time of eclipse event from west to east.
Click on the site name for a page containing information about local conditions, and graphs of temperatures, relative humidity, solar radiation, and wind speed changes before, during and after the event.