In a 2009 article in Nature Geoscience, Dr. LaToya Myles describes how satellite data can be used to identify global ammonia hotspots. Ammonia emissions are difficult to measure and model, leading to large uncertainties in global and regional inventories. Satellite measurements of ammonia make a significant impact in air quality research.

Here is the article:

Ammonia is a significant atmospheric pollutant whose global distribution is poorly understood. Satellite measurements highlight ammonia hotspots across the globe and indicate that current inventories may underestimate emissions in the Northern Hemisphere.

Just over a century has passed since Fritz Haber’s Nobel-prize-winning work on ammonia synthesis, in which he showed how ammonia could be synthesized from its constituent parts — hydrogen and nitrogen — under high pressure, high temperature conditions in the presence of iron. This discovery led to the production of ammonia on an industrial scale and agricultural intensification across the globe. Unfortunately, the amount of reactive nitrogen entering the environment has significantly increased as a result — leading to a host of ecological problems1. In the lower atmosphere, ammonia reacts readily with compounds such as nitric acid and sulphuric acid to form ammonium particulates and aerosols. Fine fraction particulate matter — including ammonium sulphate and ammonium nitrate — has been linked to medical conditions such as asthma2, and ammonium aerosols may influence global climate by altering the transmission of atmospheric and terrestrial radiation1. However, despite the importance of this pollutant, little is known about its distribution across the globe. On page 479 of this issue, Clarisse and colleagues3 use radiation measurements, obtained onboard the MetOp-A satellite, to map atmospheric ammonia concentrations across the globe throughout 2008.

Recent ground-based measurements of atmospheric ammonia have improved our understanding of emission sources, deposition mechanisms and resulting environmental perturbations, primarily on local and regional scales4,5. These studies suggest that ammonia and particulate ammonium — which has an extra hydrogen ion and forms when ammonia reacts with atmospheric acids — return to the surface through dry deposition and precipitation, the ultimate fate for most anthropogenic ammonia emissions1,6. Terrestrial and aquatic ecosystems are sensitive to excess ammonia and show a variety of responses, including soil acidification, biodiversity reductions, eutrophication and oxygen depletion. Environmental effects of ammonia and ammonium deposition vary widely and are, to some degree, dependent on the temporal and spatial distribution of the emission sources1.

Emissions inventories show that agriculture is an important source of atmospheric ammonia in many regions of the world, producing an average of 32 Tg per year, >60% of global ammonia emissions6(Fig. 1). Modelling estimates attribute as much as 90% of ammonia emissions in the US and Europe to agriculture2. However, large uncertainties in regional and global emissions inventories persist4,6, largely owing to the rapidity with which ammonia is removed from the atmosphere, and an overall paucity of spatially representative measurement stations.

Clarisse and colleagues fill in some of these gaps using radiation measurements made by an infrared atmospheric sounding interferometer onboard the MetOp-A satellite3. This satellite was launched in October 2006 with the aim of providing meteorological and climate data, including temperature and humidity profiles7. Annual averages indicate that ammonia concentrations exceeded 0.5 mg m–2 in 28 regions across the globe, which is slightly greater than the background levels of ~0.2–0.4 mg m–2. The majority of these hotspots were situated above agricultural regions in Europe, North America and Asia, with the greatest concentrations over agricultural valleys, such as the Fergana Valley in Uzbekistan and the Po Valley in Italy — most likely due to the accumulation of emissions in stagnant, unmixed air masses. However, in some parts of the world emissions were associated with biomass burning; a number of large fires in Africa, Asia and South America increased ammonia concentrations in these regions.

Satellite measurements of atmospheric ammonia concentrations are likely to underestimate emissions, primarily because of many measurement constraints. For example, a high degree of thermal contrast (that is, the temperature difference between the Earth’s surface and lower atmosphere) is essential for the determination of ammonia, and thus only spectral data from morning orbits were considered suitable. However, peak biomass burning occurs in the afternoon. Furthermore, cloudy spectra were not included in the analysis as cloud cover impedes thermal contrast, and resolution was poor in regions with low levels of ammonia (~0.1 mg m–2), due to instrumental noise. Thus when Clarisse and colleagues compared their satellite measurements of ammonia concentrations with modeled results it came as no surprise that the satellite data underestimated ammonia concentrations in the majority of hotspots. However, in certain regions of the Northern Hemisphere above 30° N, satellite measurements actually exceeded modeled estimates. The discrepancy was particularly great in central Asia and over agricultural valleys, suggesting that current inventories underestimate ammonia emissions in northerly regions of the globe.

Clarisse et al.3 present a promising technique for investigating global ammonia emissions. Of course, future work is needed to minimize instrumental noise to enable the detection of low-level ammonia emissions. Direct comparison of infrared spectral data with in situ measurements will help to validate this method. Once fine-tuned, satellite measurements could contribute to a growing body of evidence that highlights the need for regulatory controls on anthropogenic ammonia emissions. Most countries do not regulate ammonia emissions, despite detrimental health and ecosystem effects. But international efforts are beginning to focus on global best practices for ammonia management, and satellite measurements could provide essential information for future policy development. 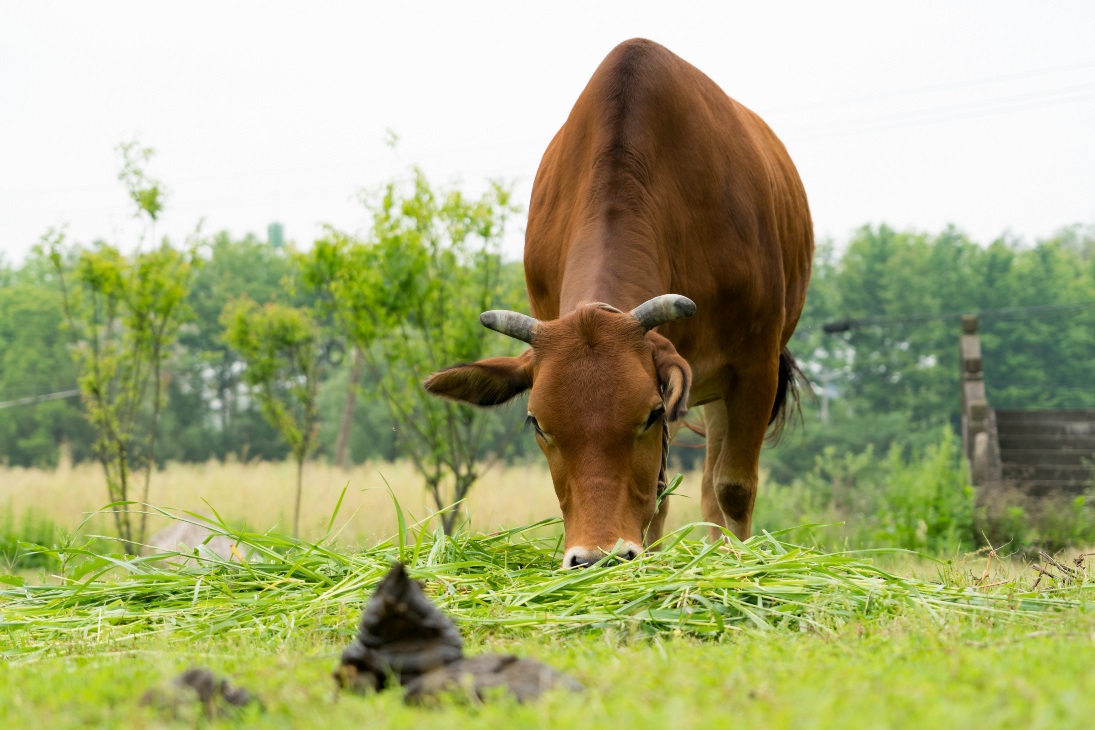 Emissions of ammonia, a form of reactive nitrogen,
are on the rise due to intensified agriculture,
including livestock farming 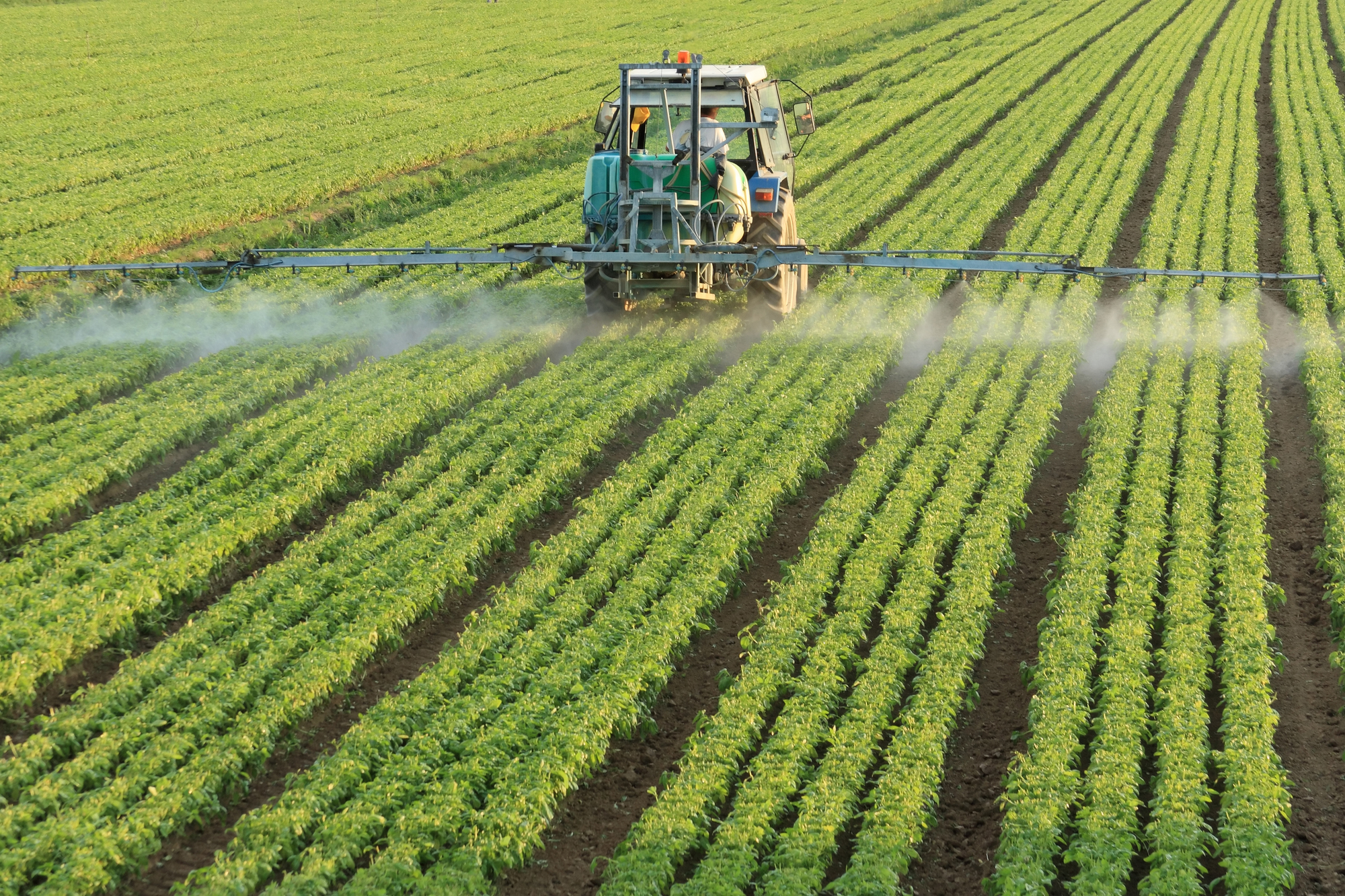 Fertilization of crops contributes to increased ammonia in the environment