Summer 2022 Other stories on this page:

March, 2021 The National Science Foundation Office of Polar Programs has awarded a collaborative research grant to study greenhouse gas emissions in the Arctic. Dr. Praveena Krishnan will be the principal investigator from NOAA/ARL/ATDD in Oak Ridge, Tennessee. This project is a cooperative effort among the Anderson Group from Harvard University, Columbia University, Aurora Flight Sciences, Oak Ridge Associated Universities and NOAA/ARL/ATDD The grant will fund research that measures emissions of carbon dioxide and methane, plus nitrous oxide and water vapor, from the North Slope of Alaska. Researchers will use a small aircraft operating at altitudes from 10 meters to 10 kilometers and equipped with custom-built spectroscopic sensors, an air turbulence probe, and global positioning systems (GPS). This project bridges the scale gap between local studies of carbon emissions in the Arctic, such as those from flux towers, and large regional estimates of emissions from inversion modeling. Predicting Arctic emissions of methane as well as understanding the drivers of carbon dioxide and methane sources and sinks is important for predicting future emissions from the Arctic and their effect on the global carbon cycle and radiative forcing. Data and modeling products from this study can also be used to better inform local populations of the changes happening to their environment and help predict likely changes in the future. Details of the NSF grant can be found at https://www.nsf.gov/awardsearch/showAward?AWD_ID=1848694 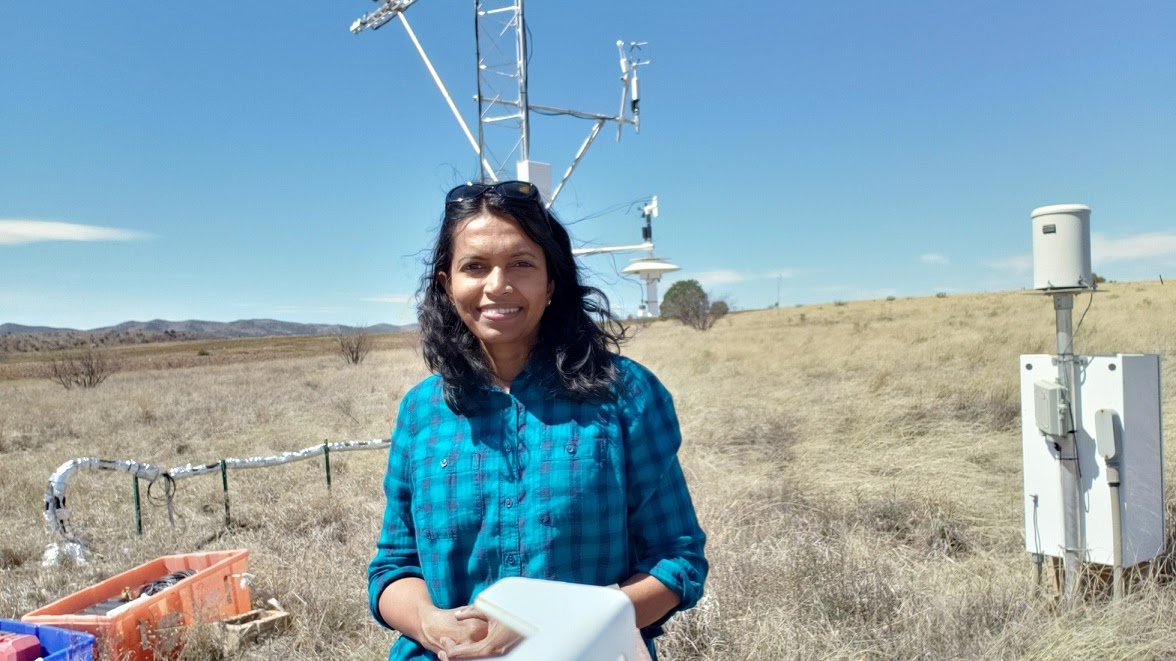 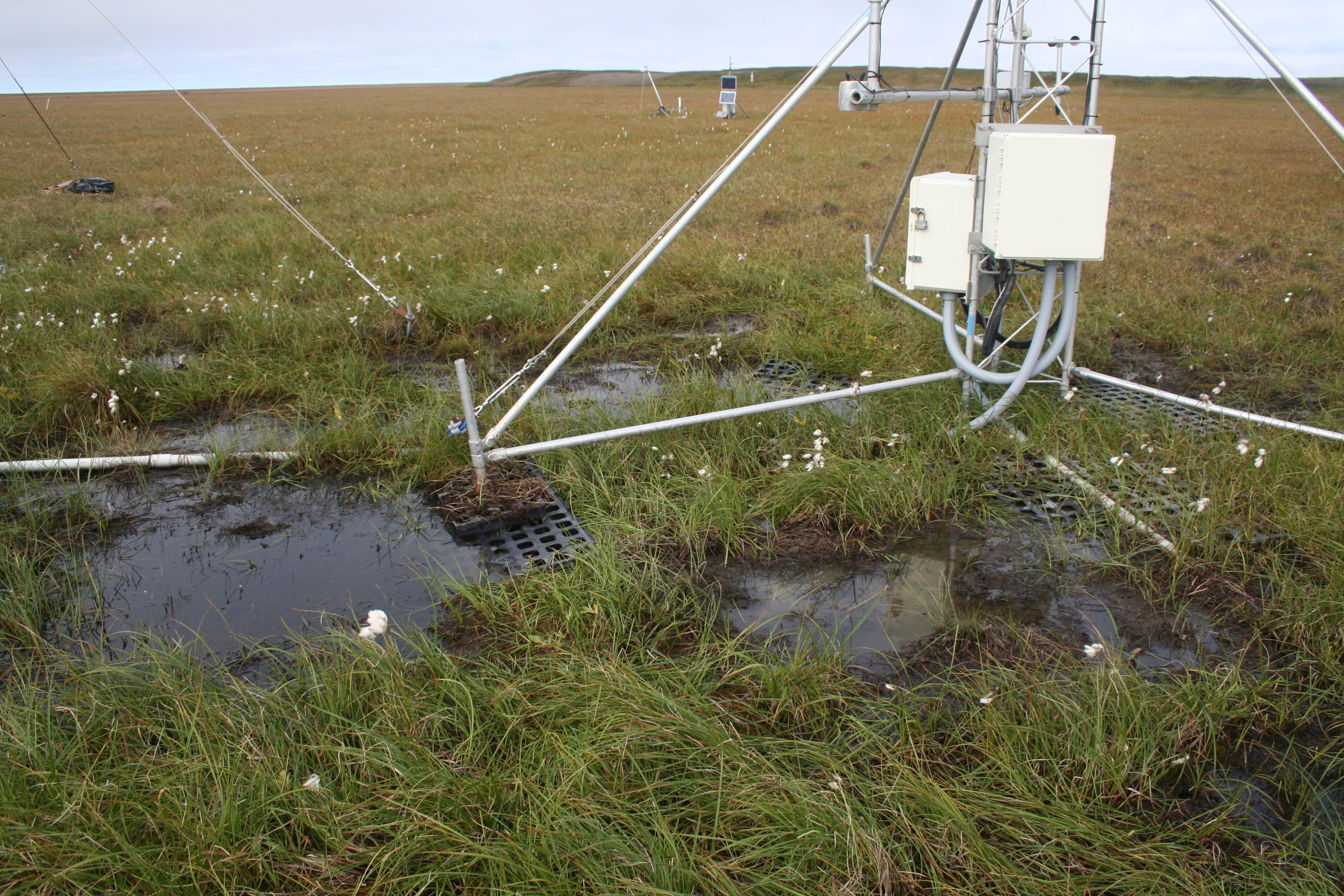 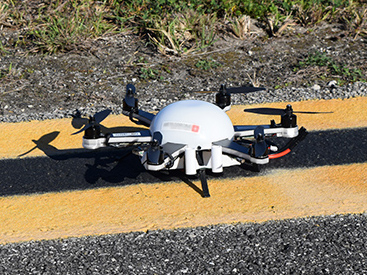 October, 2020 On August 20, 2020, ATDD resumed flights with its Meteodrone, a small Unmanned Aircraft System (sUAS), typically 3-4 days per week and 8 times daily. Additional safety measures were taken, including traveling in separate vehicles to the Oliver Springs Airport, implementing proper social distancing practices, and wearing face coverings and gloves at all times. The sUAS flights are performed every 30 minutes between approximately 7 AM and 11 AM local time. During each flight, in which both a pilot and a visual observer are present, the Meteodrone ascends from the ground up to its maximum visible altitude, which is typically around 2300 feet, before descending. The entire flight takes about 10 minutes, after which the temperature, moisture, and wind data are sent to forecasters at the Morristown WFO. The data provide near real-time information on the current state of the atmosphere during time periods in which the atmosphere is rapidly changing. Since August 20, 2020 and as of September 24, 2020, the ATDD team has performed 115 such flights. Over the coming months, routine flights will continue, but will also be conducted prior to and during other weather events (severe thunderstorms and winter precipitation for example) to help scientists and forecasters better understand changes in the atmosphere to improve weather forecasts. See the full NOAA article by Kenneth Vierra here. 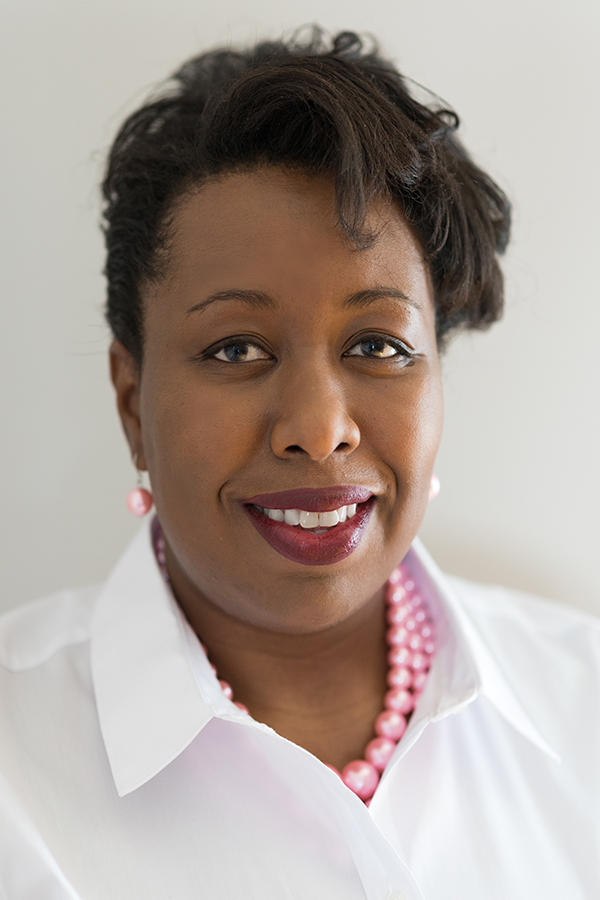 February, 2021 LaToya Myles, Ph.D. has agreed to serve as Director of the Atmospheric Turbulence and Diffusion Division of the NOAA Air Resources Laboratory beginning October 1. Dr. Myles is a proven leader and dedicated scientist whose work has advanced understanding of atmospheric chemistry and the environment. The Mississippi native is a magna cum laude graduate of Alcorn State University with a B.S. in chemistry and a B.S. in biology and has a Ph.D. in environmental sciences from Florida Agricultural and Mechanical University. Her federal career began in 2001 as a fellow supported by the NOAA Educational Partnership Program. Through numerous professional and community organizations, she advocates for STEM education and serves as a mentor to students who represent the next generation of scientists. She currently serves as chair of the American Geophysical Union (AGU) Honors and Recognition Committee and has leadership roles with numerous national and local groups.

October, 2019 The Albuquerque International Balloon Fiesta is an annual hot air balloon festival that takes place in Albuquerque, New Mexico, over the course of nine days in early October. The event attracts over 500 hot air balloons and over 800,000 attendees each year, making it the largest balloon festival in the world. The 2019 Fiesta is scheduled from October 5-13. During this time, the NOAA Air Resources Lab, UAS Program Office, National Weather Service, and Aircraft Operations Center UAS Section are partnering to provide forecasts for the balloon pilots using a small UAS. Albuquerque’s cool October morning temperatures help create what’s known as the Albuquerque Box. The “box” is a set of predictable wind patterns that can be used to navigate the balloons at low altitudes. The winds will be from the south at low altitudes, but at higher altitudes they tend to be from the north. Balloonists use these beneficial winds to navigate in a vertical box, taking off and landing in almost exactly the same spot. Balloon pilots do not have a way to steer their hot air balloons, but they can control where the balloon flies vertically by heating the air in the balloon or letting air out. Forecasting in Albuquerque during the Balloon Fiesta means focusing on certain weather conditions, beginning with trying to determine if the Albuquerque Box will form each morning of the nine-day event. Forecasters need to look for a temperature inversion with cooler air at the surface and warmer air above, as well as for vertical change in the wind direction with height. Ideally, surface winds will be blowing south and winds aloft will be blowing from the north. The third condition meteorologists are looking for is lower humidity and lower dew points. This will increase the chance that the Albuquerque Box will develop. Forecasters as well as balloon pilots need to keep in mind that this combination does not happen often to create the Albuquerque Box.

The NOAA UAS team will provide meteorological measurements of temperature, relative humidity, and wind speed and direction from the Earth’s surface to 400 meters above ground level using NOAA’s Meteomatics Meteodrone. Information from these flights will be provided to forecasters every 20 minutes from 5 a.m. to 11 a.m. each day. The Meteodrone will provide more information more frequently which will improve the timeliness of the forecasts and quickly identify the onset of the elusive Albuquerque Box.

August, 2019
The FAA has granted a Certificate of Waiver or Authorization to fly sUAS up to 1 km to perform vertical atmospheric measurements of winds, temperature, and relative humidity starting August 1, 2019 to August 1, 2021. These vertical profiles will take place near Oak Ridge, TN with 3-4 flights per hour every 3-4 days per week up to a kilometer to measure the changing state of the atmosphere. This field campaign will be used to support efforts to validate and improve existing operational mesoscale models, e.g. the High-Resolution Rapid Refresh (HRRR) and provide the local Weather Forecasting Office (WFO) in Morristown, TN real-time sUAS observations to assist in their day-to-day forecast operations. On 1 August 2019, Ed Dumas, Temple Lee, Michael Buban, Tom Wood, and Brittany Jenio performed two flights with the Meteomatics SSE small unmanned aircraft system (sUAS). The flights occurred at the Oliver Springs airport, located approximately four miles northwest of the ATDD lab. The meteorological conditions were warm and moist under overcast skies with light winds. The first flight, at 15:21 local time, reached a maximum altitude of 650 m (2133 ft) above ground level (AGL), and the second flight about fifteen minutes later reached 708 m (2323 ft) AGL. Plots of temperature, moisture, and wind from these flights are shown below. Attempts were also made to fly the BlackSwift Technologies S2, a fixed-wing sUAS with a 10-ft wingspan, but were aborted due a malfunctioning launcher.

March, 2019 On March 4-6, a team of nine NOAA scientists and engineers gathered at Avon Park, a U.S. Air Force (USAF) test range north of Sebring, Florida, to conduct first-of-a-kind tests on two small unmanned aircraft systems (sUAS). The team consisted of personnel from the Atmospheric Turbulence and Diffusion Division (ATDD) of NOAA’s Air Resources Laboratory, NOAA’s Unmanned Aircraft Systems Program Office (UASPO), and NOAA’s Office of Marine and Aviation Operations (OMAO) Aircraft Operations Center (AOC). The two sUASs being tested were recently acquired by ATDD. They are a Meteomatics Meteodrone Severe Storms Edition (SSE), which performs vertical takeoffs and landings, and a BlackSwift Technologies S2 fixed-wing aircraft similar in design to an airplane. The tests were very successful. Over the three-day testing period, the team performed over a dozen flights with the Meteodrone and six flights with the S2. The Meteodrone was flown up to a maximum altitude of 950 m above ground level (AGL), whereas the S2 reached 1200 m AGL during one of its flights. A ground-based radar system, integrated with geospatial software, was deployed in an attempt to determine its capability to mitigate potential threats to these sUASs by targets within the airspace (e.g., traditional airplanes, other sUASs, hot air balloons, birds, etc.). During all tests, the ground-based radar system detected both the Meteodrone and S2, as well as other air traffic in the area. To further evaluate the ground-based radar system, on 5 March a NOAA Twin Otter aircraft performed multiple flyovers of the site, and the ground-based radar system detected this aircraft as well. Additionally, Meteodrone data were used to generate analyses of temperature, moisture, and wind fields in near real-time using the Meteomatics software package. Since Avon Park is a USAF bombing range which NOAA AOC has utilized to test both full-size and drone systems in the past, its airspace is not subject to the same Federal Aviation Administration (FAA) restrictions imposed on the national airspace system. The relaxed limitations enabled the team to fly both aircraft to their respective maximum flight altitudes. Knowing each aircraft’s upper limit and the point at which the operator would lose visual line of sight were key to performing safer, higher flights in the future. Essentially, this exercise enabled the team to measure the same kind of parameters used by air traffic controllers. Taking measurements of temperature, relative humidity, wind speed and pressure (collectively known as vertical profiles) with a copter and fixed-wing aircraft at such a high altitude hasn’t been done before, so scientists were unsure what to expect. Historical data is sparse, so there has always been a large gap in knowing what is happening with the thermodynamics and kinematics of the atmosphere (e.g. the transformations responsible for weather and climate). Flying the sUASs to higher altitudes enables scientists to design increasingly useful experiments to study the boundary layer – the lowest few kilometers of the atmosphere where we live, where weather occurs, and where ARL focuses its research. NOAA’s AOC and UASPO are working to obtain Certificates of Authorization (COA) from the FAA to fly up to 10,000 ft. Once COAs are obtained, both of ATDD’s sUASs will be used for vertical profile sampling within the lowest few kilometers of the atmosphere. Higher altitude, more frequent measurements will greatly enhance operational weather forecasting by the National Weather Service (NWS) through analysis of the observations, and inclusion of the data into numerical weather prediction models. These data will also help refine future field intensive studies of the boundary layer. The test at Avon Park paves the way toward eventually having autonomous vertical profiles occurring any time of the day in different locations around the U.S. Currently, there are only about 100 National Weather Service weather forecast offices in the U.S. that perform vertical profiling. They all utilize weather balloons for this twice-daily analysis. ATDD plans to start working with its closest forecast office, in Morristown, Tennessee, to determine how more frequent, more localized vertical profiles help improve forecasting. ATDD is also continuing to assess new technologies and instrumentation capable of utilization by sUASs.

Top of page
Go to Top