ATDD has been in a leader in the development and deployment of eddy covariance flux measurements since the 1980s. Since the advent of the National Acid Precipitation and Assessment Program (NAPAP), ATDD has been well known for the application of micrometeorological methods to measure the air-surface exchange of traces gases like ozone, sulfur dioxide, nitric acid, and aerosols. Trace gas sensors were either altered or fabricated for fast response measurements that were coupled with sonic anemometers in the application of the eddy covariance technique.  ATDD also contributed to the expansion of long-term eddy covariance sites that occurred in the 1990s by developing the first low-power, open-path Infrared Gas Analyzer, which was later improved upon and commercialized for more widespread use by LiCor Biogeosciences. More recently scientists at ATDD helped describe errors in the eddy covariance mass balance due both to neglected storage terms and an underestimated vertical velocity by the sonic anemometer.

Since developing techniques for long-term continuous flux measurements in the 1990s, ATDD has remained focused on taking high-quality eddy covariance, radiation, soil moisture, precipitation and other biological and climate measurements. The suite of measurements and sensors employed has evolved as the available measurement technology and science have improved, and ATDD scientists created soil respiration chambers and soil temperature probes for atmosphere-soil exchange measurements. Currently, for low profile vegetative canopies such as grasslands and crops, a 7 m tall meteorological tower is typically deployed that includes a radiation boom with incoming and outgoing photosynthetically active radiation, incoming and outgoing solar radiation, and incoming and outgoing longwave radiation. In addition, vertical gradient measurements of wind speed and air temperature can be obtained on the 7 m tower to help determine the Richardson number (an indicator of atmospheric stability) and a chilled mirror is used to measure humidity. High-frequency eddy covariance sensors can be mounted on a smaller, separate tripod-type tower to avoid interference with the larger tower. These measurements can be adopted for short-term solar-powered measurement campaigns in remote locations and have been used recently in measurement campaigns on Alaska’s North Slope and in northern Alabama. We also measure the surface-atmosphere exchange over a taller ecosystem at our long-term, mixed-deciduous forest site in complex terrain in eastern TN using a 60 m tall tower. 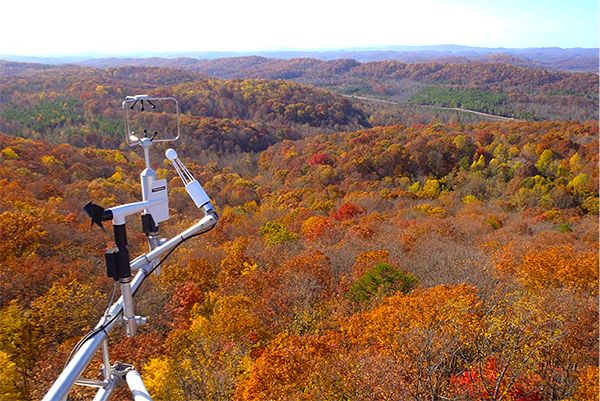 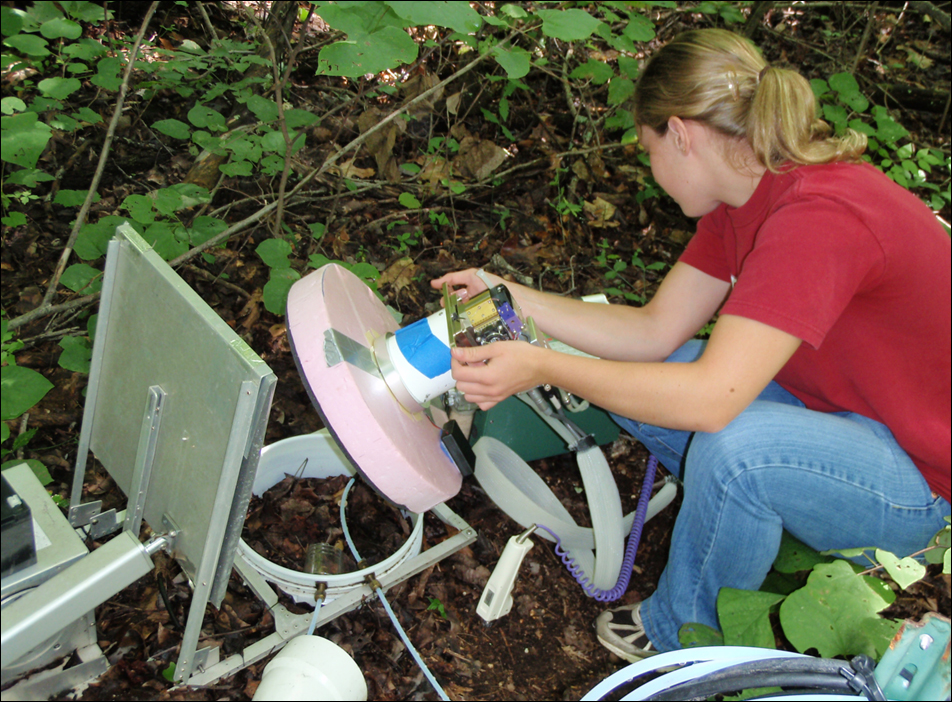 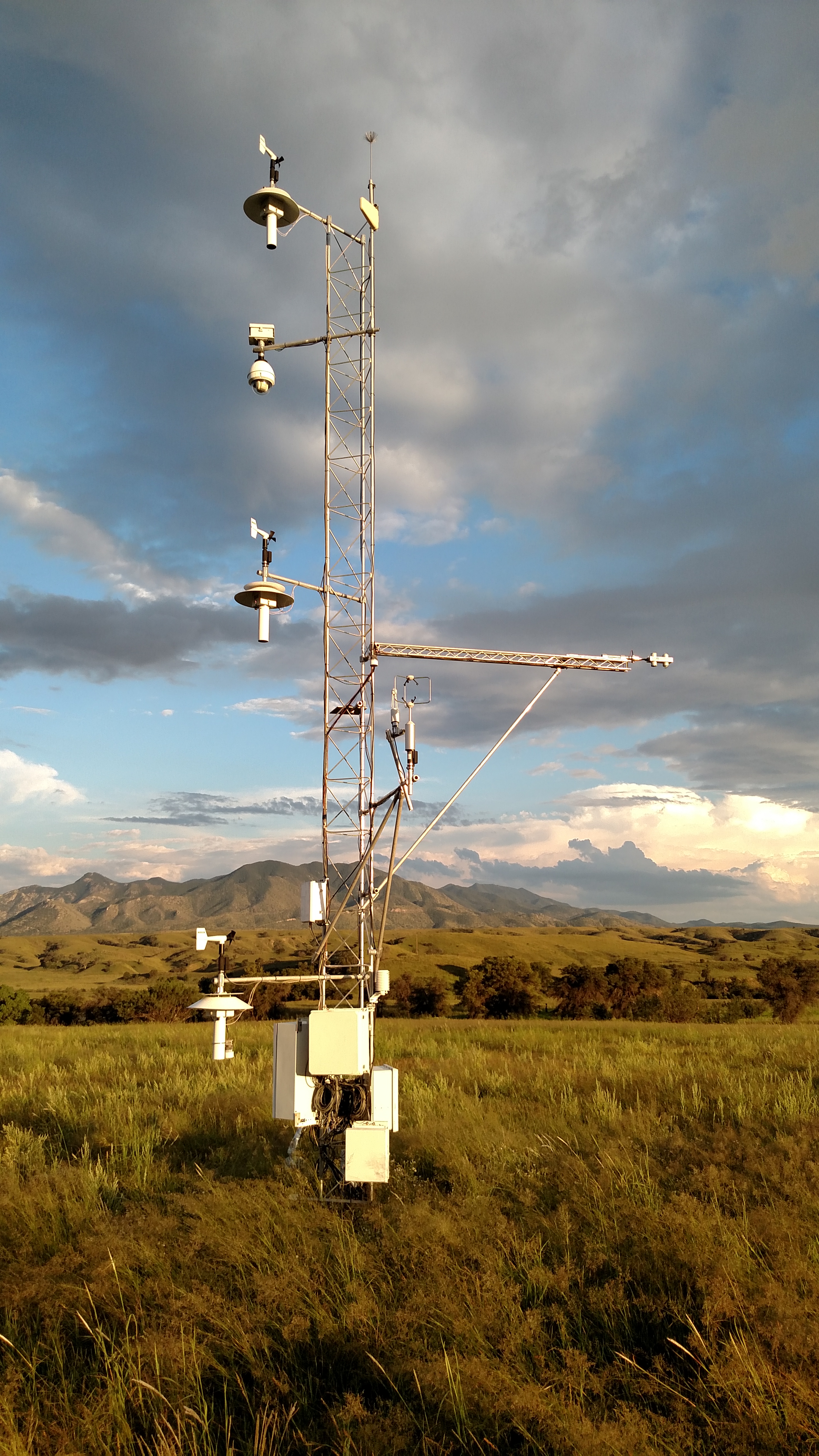